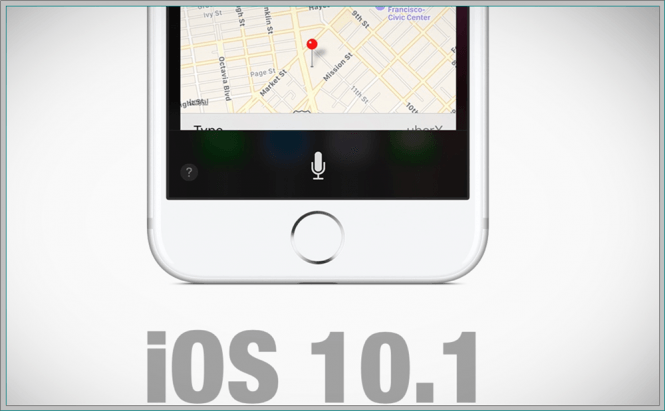 After officially releasing iOS 10 a bit over a month ago, Apple is now rolling out the first major update for its newest mobile operating system. According to the mass-media, the biggest thing about this new version is the Portrait mode for the Camera app that can only be used by those who own an iPhone 7 Plus. If you don't want to wait for the update to show up on its own, go to Settings --> General and tap the Software Update button to manually trigger the process.

As I previously said, iOS 10.1 brings a Portrait mode for iPhone 7 Plus users. Additionally, if you have that phone model, you will now also be able to use a Camera Depth effect thanks to the secondary lens on the backside camera. If you have a different iPhone, you will be happy to know that this new version of iOS also brings a lot of fixes including a patch for the Bluetooth connectivity issues, the option to replay Message effects and a fix for the People's names being saved in iCloud backups. Additionally, an important aspect that Apple didn't even mention in the changelog is an update to the carrier firmware, which means less dropouts of 4G and 3G cellular signal. Why keep it secret? Probably, Apple doesn't want people to know that it's struggling to make its smartphones actually function as phones.

If you use Apple mobile devices, you might also be interested in reading some of our other stories such as: "iOS 10 problems you can deal with" or "Make iOS 10 run better on older iPhones".