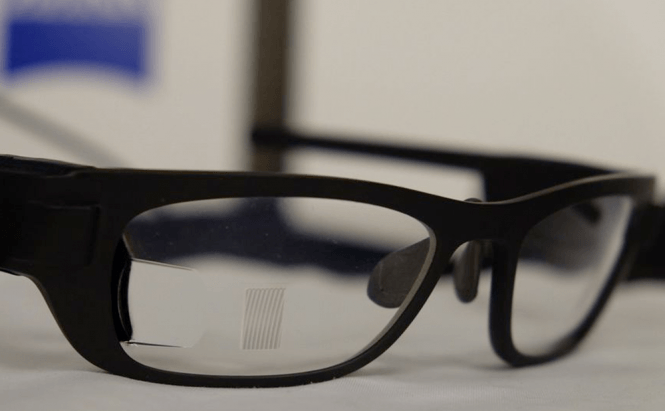 Let's be honest: VR headsets and AR glasses may be insanely cool for us, the tech-savvy people (read geek community), but they'll never look cool out there in the real world. The main reason why Google Glass never went mainstream is that it was a wearable device that nobody wanted to be seen wearing. Carl Zeiss might have found a solution for that problem with its latest smart lens prototype, which looks like regular glasses and can be placed into regular frames, so you can look as classy as you want to.

Another improvement (as far as I'm concerned) is that the curved lens puts the data directly inside the glass instead of relying on a heads up display like Google Glass does. To do this, the prototype uses multiple light streams which are reflected through a Fresnel lens so that the information that your eye sees (text, pictures, etc.) can't be seen by anybody else who's looking at your glasses. Furthermore, the lenses can come with prescriptions, like regular glasses, so even those with visual impairments can use them.

From what I've read, the prototype works like Google Glass, which means that you need to really focus your eye on the information displayed to be able to see it, but this means that it won't impair your vision on the real world. The company only deals with the lens-creation process, so it needs partners for the frames as well as for the operating system that will power the device. At the moment, I don't have any exact data about the price or the launch date of the product, but I expect it to appear on the market in one or two years.

If virtual reality and augmented reality are topics of interest for you, I recommend checking out other articles such as: "VR in 2016: What will the future bring?", "Smart Specs – a Wearable that May Help Legally Blind See" or "Upcoming technology that may change your life in 2016".