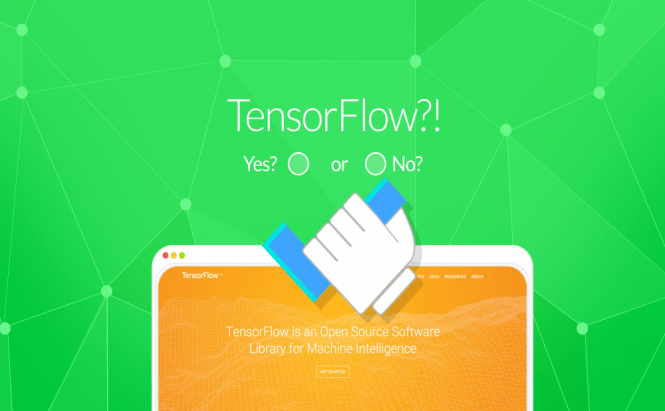 Can you believe that once you will speak to a computer the way you speak to your parents, and it will be able to understand all your secret phrases, signs and mimics that usually nobody is aware of? It's a bit frightening, isn't it? Albert Einstein said: "I fear the day that technology will surpass human interaction." I also felt much calmer reading about the Google sticky cars. However, Google keeps inventing new cool things, and this time it's TensorFlow.

For those who have not heard about TensorFlow: it's the Google's neural network software project, an open source software library which means people from all over the world can contribute to the development of the artificial intelligence engine. The key principle that makes the program so powerful is the "deep learning". As an example, the program analyzes millions of photos and tries to recognize what is written / depicted on them, and with each new photo it learns more, more and more.

It works not only with photos. The program can also be used to recognize speech, improve Internet search results, answer e-mails, create melodies or kindly help you choose a restaurant.

Starting with the new version TensorFlow iOS users will have the opportunity to take part in the «educational process». The iOS developers will be able to build TensorFlow directly into the applications we are used to.

It can also learn to play games. This year a TensorFlow powered computer called AlphaGo won Go grand master Lee Se-dol. Lee Se-dol takes 4th in the best Go players rating. The 1st is Ke Jie. After AlphaGo won Lee Se-dol, Ke said “I don’t want to compete with AlphaGo because judging from its matches with Lee, AlphaGo is weaker than me. I don’t want AlphaGo to copy my style."

If you enjoyed this piece of news, you might also want to check out other hi-tech innovations that may change our life in 2016.

Do you want to use TensorFlow?
View results