Apple's CarPlay Has Been Adopted By Every Major AutoMaker 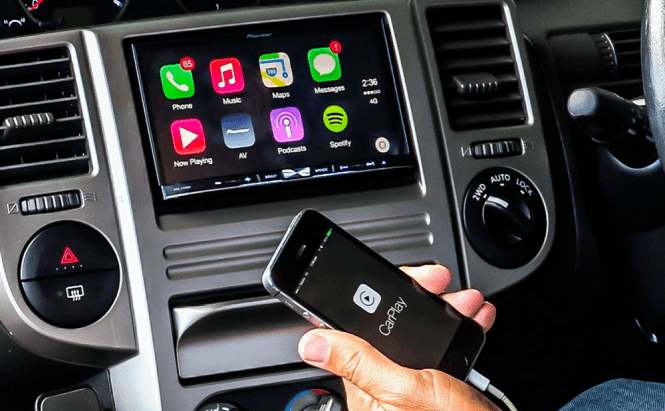 Apple's CarPlay Has Been Adopted By Every Major AutoMaker

It seems that CarPlay will become much more relevant in the upcoming years as over 40 car models built in 2015 will ship out Apple's new in-dash connectivity system. In an announcement made at yesterday's press event in San Francisco, Tim Cook stated that every major automaker has adopted the software, which will be incorporated in numerous feature vehicles.

If you're not familiar with the subject, CarPlay is a system which was launched approximately a year ago by Apple. The software is installed in the car's infotainment system, connecting the vehicle to an iPhone and using the dashboard to display a simplified version of the iOS 8 that runs on the phone. The purpose of this system is to give the drivers easy access to certain iPhone apps, such as messages, maps, calls, audio and audio-streaming services while also locking them out of certain applications which could be distracting and thus pose a danger while on the road. CarPlay only works through an USB cable which is actually a good thing as a WiFi connection could pose a major security risk.

From my perspective, the fact that it took Apple only a year to convince major automakers to include CarPlay into upcoming car models is actually a big accomplishment for the company. This is especially important since Google's similar service, Android Auto, is right on their tail, and the competition is genuinely tight. While I understand the many advantages that such systems bring, I'm also a bit worried about the security risks which they might pose, and I'm beginning to wonder how long it will take until we see the first car virus.