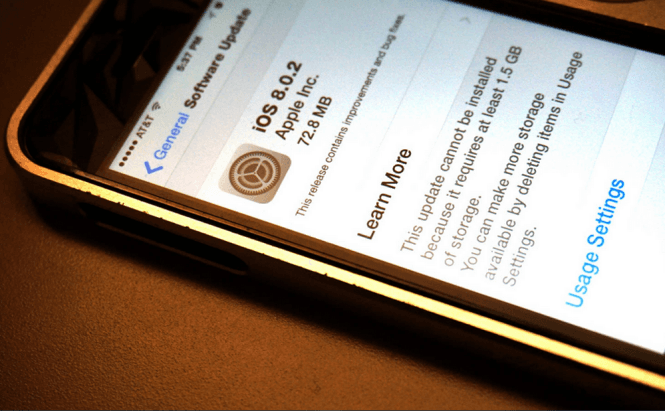 In case you haven't noticed, Apple is having a really bad month. First they get booed for offering (forcing) a free U2 album to all the iTunes users, then their latest flagship product, the iPhone 6 Plus, starts bending in customers' pockets and, to top it all off, the much advertised iOS 8.0.1 update turns out to be full of bugs. Although the Cupertino-based company issued an official apology, the 40,000 customers who were affected by the 8.0.1 roll-out may not be in a very forgiving mood.

The only good part is that the IT giant reacted very quickly, and just a day after the botched 8.0.1 version was released, they launched iOS 8.0.2 to fix the previous version's problems. To me it's all very funny. Part of it is - I don't use iOS, but then, as far as I know, the 8.0.1 update was released to fix issues of the freshly launched iOS 8.0. For all the Apple users out there, I sincerely hope that we won't see iOS 8.0.3 by Monday.

On a serious note, though, iOS 8.0.2 will fix the cellular network connectivity issues of the 8.0.1 update and the problems with the TouchID feature on iPhone 6 and iPhone 6 Plus. Furthermore, it will repair the bug that prevented HealthKit apps from appearing in the Store, and the bug which didn't allow certain apps access your pictures.

I'm not sure if it's bad luck, karma, or simply incompetence, but if I were Apple, I would hold off releasing any new stuff until things quiet down a bit. I don't think they can afford another failure.