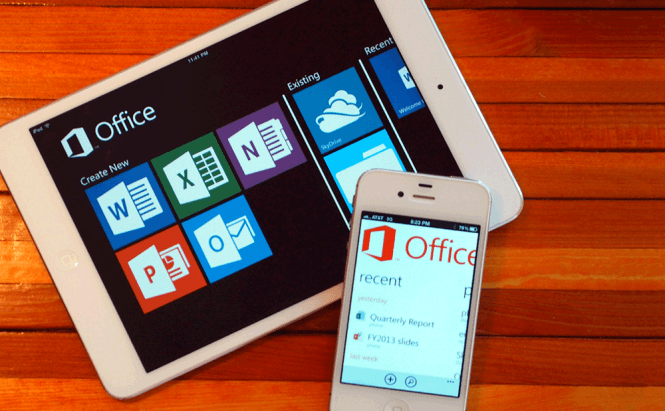 Microsoft's Office suite for iOS has recently been updated with a number of new features designed to make collaborative tasks even better. The highlight of this new build is an improvement which integrates Word, Excel and PowerPoint with Outlook for iOS. This means that from now on, it will be much easier to attach saved documents, spreadsheets and presentations into email messages and you will also be able to directly edit the attached or linked documents that you receive.

Another really cool novelty is the addition of an easier way to invite others to view and edit the files you're working on, directly from one of the three previously mentioned apps' interfaces. Furthermore, the latest version of Office for iOS also provides support for bi-directional editing and complex scripts in Hebrew, Arabic and Thai. This feature seems to be perfectly timed as Apple is planning to release an iOS update which will cause the text and GUI elements to reflow for those who use right-to-left languages. Lastly, this update provides users with the ability to view documents that are protected with Azure Rights Management. This isn't such a big surprise as the IT giant had already announced it a while back.

It's very nice to see Microsoft going farther and farther away from its Windows-only strategy. Nowadays, most of the company's tools are available on all the existing platforms and this is really great for everyone interested in using them as well as for the IT giant which can attract more customers.