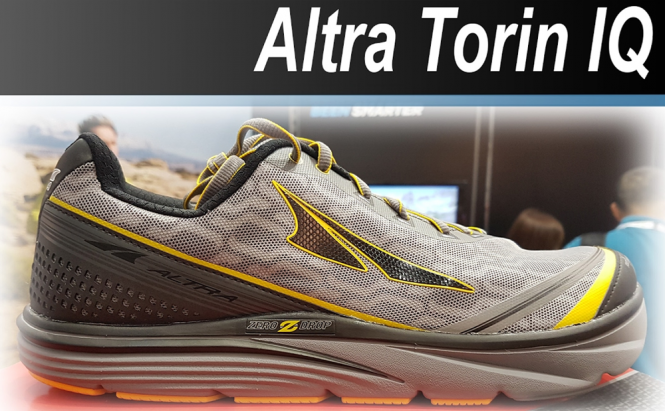 We already have numerous smart bracelets, watches and glasses, so it's nice to see when other types of wearables are launched. On that note, Altera, a footwear maker based in Utah, has just officially launched a new line of smart running shoes called Torin IQ. The sneakers are pretty expensive as the retail price tag suggested by the manufacturer is $220, but the price will probably go down in time as the product becomes less of a novelty.

In case you're curios what the Torin IQ running shoes can do, their main goal is to help prevent repetitive stress injury, a common affliction among those who jog frequently. The sneakers have numerous embedded sensors that capture data about the way your feet hit the ground while running, then pass the information to an app that analyzes how you run and tells you how to correct any issues in real-time. Once the running session is completed, the application will compile all the data gathered, offering you some handy statistics such as distance, pace, cadence, duration, etc.

As far as drawbacks go, you have to manually initialize the app each time you start running, and the distance tracking is based on GPS, so if you're using a treadmill, it won't help you in any way. However, according to those who have tested them, the shoes are incredibly comfortable, which makes up for the previously mentioned fault. Since there are very few similar products on the market, Torin IQ will probably be one of the best wearables launched this year.