Google's drone delivery service will be launched in 2017 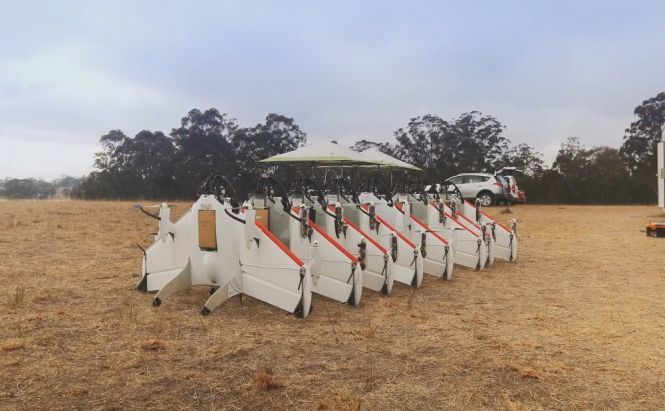 Google's drone delivery service will be launched in 2017

The executive of Project Wing, the drone-delivery service developed by Alphabet Inc (aka Google), announced that the company plans to start delivering shipments to the clients via unmanned aerial vehicles in 2017. The tech giants from all over the world have been in talks with the US Federal Aviation Administration for over a year, and now the first signs of progress were made public.

David Vos, the director of Project Wing said, "Our goal is to have commercial business up and running in 2017". At the moment the company is in talks with the FAA to develop a system for air traffic control. The system will be, presumably, using the cellular and Internet technology to monitor UAVs flying below 500 feet. Nevertheless, the service cannot be launched unless the FAA releases the new set of rules for commercial drones, as according to the current regulations, operators have to maintain visual contact with a drone throughout the flight. The new regulations, as well as a drone registry system for operators will be, probably, set within the next 12 months.

As you may know, there are many companies other than Alphabet, that are currently developing and testing their own drone delivery services: Amazon, Sony, DHL just to name a few. However, it is much likely that Project Wing will be the first service to be launched globally with all the others joining in a bit later. And some people are already getting ready to protect their private property against UAVs.