GoPro now lets you use Persicope for live broadcasts 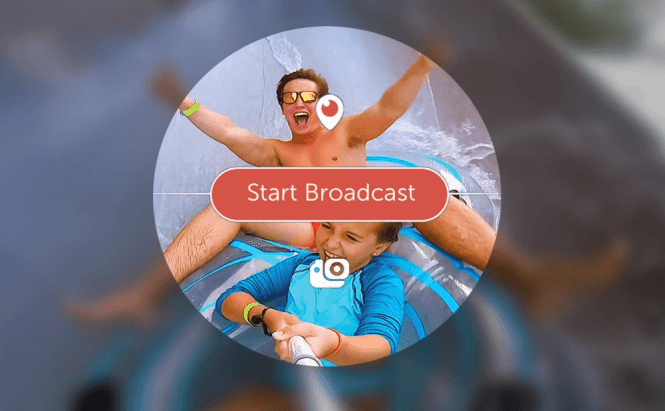 GoPro now lets you use Persicope for live broadcasts

GoPro has recently announced that it decided to partner up with Twitter's Periscope app. This means that soon enough, those who own GoPro cameras will be able to make live broadcasts via the previously mentioned service. The move is quite great as it benefits everybody involved: Twitter's Periscope gets more viewers, GoPro cameras can get more customers while the users get the live adrenaline-packed streams that they wanted. According to the announcement, this only works on iOS and the company didn't mention anything about planning to expand to Android or other platforms. Furthermore, at the moment, this functionality is only available for those who own a GoPro Hero 4 camera. If you're into action sports or even extreme sports, this announcement is great as it allows you to make live streams or watch your buddies in action.

According to the announcement, you will need to connect your GoPro camera to your iPhone via WiFi in order to set up the live video transmission. The only downside to that is that you will need to have your phone close by at any given time, so a waterproof iPhone case is going to become a necessity very soon. Once the two gadgets are connected you will need to instruct the Periscope app on your iPhone to start streaming, to tap the GoPro button that shows up and you're all set. This is already the second major improvement to the cameras in the last month (as recently the company made it possible for users to control their GoPro device with the help of the Apple Watch), so things are definitely moving in the right direction.