How to Make Your Own iOS Games 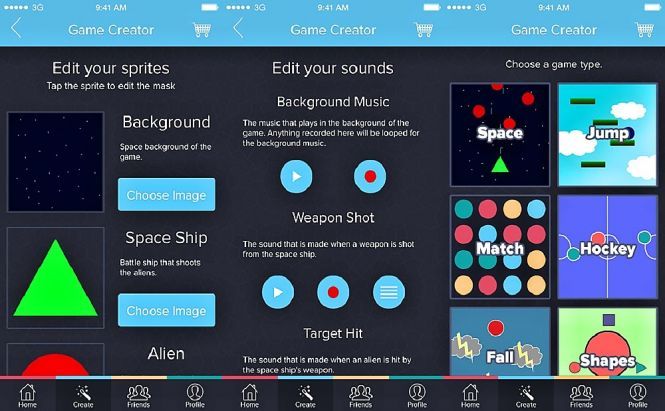 How to Make Your Own iOS Games

The developer of the new app, that we are going to tell you about today, Chris Galzerano, spent two years designing a user-friendly platform that would allow virtually anyone create an iOS game without any previous experience in game development. So here it is, meet Playr.

Unlike other platforms, like Unity or Unreal Engine, Playr opts for simplicity and does not require high computer resources or programming skills, allowing users to create mobile games directly on their iOS devices. Naturally, it does not offer the opportunities of the above-mentioned developer kits, however the idea is really cool. Basically, what it offers at the moment is five different game templates for users to choose from, including Doodle Jump and vertical 2D shooter. After choosing a type of game the users can add their own sprites, music and sound effects to the game, uploading it to the service directly from iPads and iPhones. After the game is created, it is added to the game base where any user can give it a try.

As TechCrunch reports, the developer compares his app with Vine, “a deceptively simple tool that will allow people to create short but fun experiences.” At the moment Gazelrano is looking for a game designer to create more game templates to make each game look more unique.

Previous story Twitter Makes It Easier To Report Tweets To The Police Next story Adobe Document Cloud: No More Paperwork