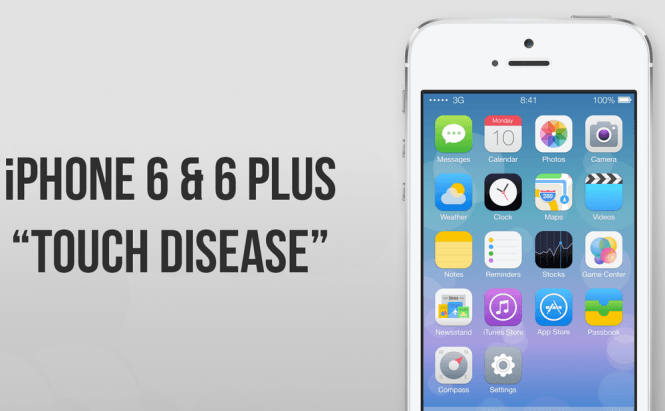 If you're one of the people whose iPhone 6 Plus has been affected by the Touch Disease, I've got some good news and some bad news for you. On the positive side, Apple has created a repair program for the iPhone models that have this problem. The bad news is that the repair won't be free and customers will need to pay the IT giant $149 to have it fixed. Furthermore, you should also take note that only iPhone 6 Plus devices are included in the program.

If you aren't familiar with the term, Touch Disease is a problem that's been affecting older iPhone 6 and iPhone 6 Plus handsets, which manifests itself through a gray bar that appears at the top of the screen or in some cases, by rendering the device completely unresponsive. Many people claim that the company is at fault for this problem, but Apple's official position is that the issue occurs only on devices that have been dropped on hard surfaces multiple times, which basically means that it's the customer's fault. This presumptive lack of responsibility is why the IT giant is asking money for the repair, instead of fixing the devices for free. However, iFixit experts state the issues are caused by a crack on the chipboard that gradually grows larger over time, which could also mean a manufacturing mistake.

In case you own an iPhone, you may also want to check out some of our other related stories such as: "The most interesting features brought by iOS 10" or "Make iOS 10 run better on older iPhones".