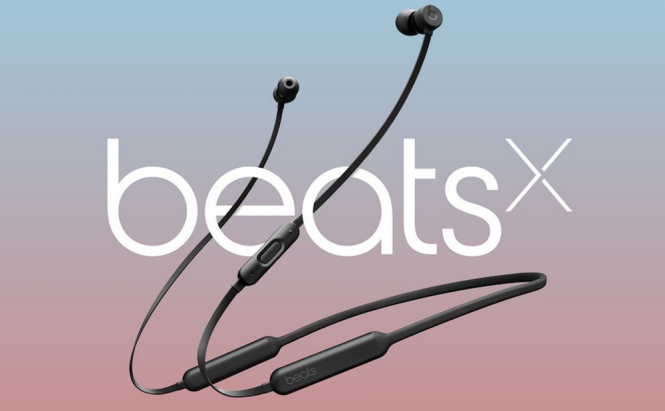 If you're not a fan of the AirPods, but you still want some cool earbuds to go along with your iPhone, I've got some good news. Apple has recently announced that it's finally releasing its Beats X wireless earbuds and that they will be available for purchase starting with February 10th. The ear phones feature the new W1 chips, which makes parring them with other Apple-made devices a breeze. Beats X will be available both online as well as in the store and will cost $150.

For those of you who aren't familiar with the story, Apple originally wanted to launch Beats X about five months ago. Unfortunately for those who wanted to get the earbuds, the IT giant then stated that they'll be available before the winter holidays and delayed them once more until February. Now that the product is finally arriving on the market, I can't wait to see if it's actually worth the wait.

Just like most other Apple products, the design is great: the Lighting Cable that charges them uses Flex Form technology, which helps it cling to the user's neck and the earbuds have inbuilt magnets so that they stick together when they're not in your ears. Beats X are available in four colors: blue, grey, white and black, can play for about eight hours before they need to be recharged and feature a Siri-triggering button.

In case you're interested in other Apple-related stories, you may also want to read: "Apple Watch 'theater mode' makes movie-going less annoying" or "MacBook Pro: starter tips on using its Touch Bar".