An iPad for Everyone On Board

Anyone who has ever flown transatlantic or other long flights know how boring it can get being trapped inside the plane for hours on end. It gets... 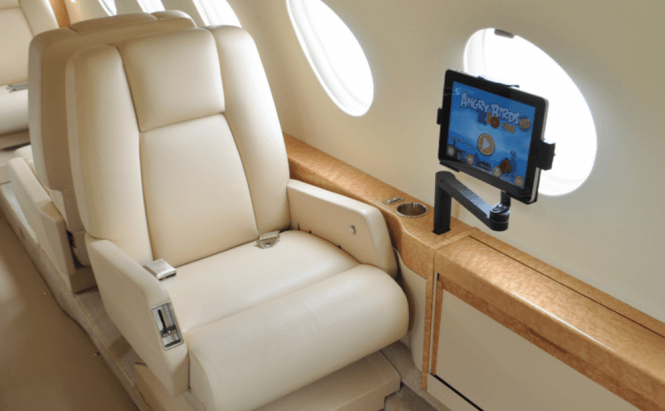 An iPad for Everyone On Board

Anyone who has ever flown transatlantic or other long flights know how boring it can get being trapped inside the plane for hours on end. It gets even worse when your entertainment system is broken and you are limited to the gadgets or literature you brought with you on board. But soon, the book is finished and the battery is gone and you are hopelessly trying to fall asleep while dreaming for someone to put you out of your misery. But did you know that if you remove the entire in-seat entertainment system with its servers from a plane it becomes 7 percent lighter. A lighter plane means lower fuel consumption and lower airfare!

Scoot, a new budget airline daughter of Singapore Airlines, decided to revamp the entertainment system on aircrafts it got from its parent company. They’ve removed the entire entertainment system and are offering iPads loaded with movies, music, TV-shows and apps for 17 US dollars instead. I am sure keeping the device is not an option just yet, but I am sure that soon enough iPads will be passed around by the flight attendants like they are doing it with the fresh newspapers today.

I wonder, if I bring my own iPad, will I be able to freely use it or will the flight attendants ask me to “return” the device upon exiting the aircraft? I hope not! In any way, despite such innovative move, I much prefer the aircrafts to have a USB port, so I can charge up my phone or tablet in-flight, like some of the Emirates Airline's aircrafts do. This way I won’t need to rent anything from the airline company who in their turn can concentrate on taking me from point A to point B and lowering the costs of airfares as well.

Meanwhile, why other companies won’t consider such bald move too? Removing an entertainment system sheds about 2 tons off an aircraft. Lighter aircrafts require less fuel to get to the point B. On the other hand, maybe this would be a good compromise in allowing us to check a second bag in for free? I wouldn’t mind bringing my own device on board and watching my own media, as long as you allow me to bring more stuff with me when I am traveling abroad. Sounds quite fair to me.

It is really great! I've always had a problem - what can I do during my trip. Now they sort it out. Thanks.

Sounds reasonable, yes. I think the whole concept will be reconsidered in the not-too-distant future. By the way, I hate sitting far from the window but sometimes it occurs. My iPad on board would put up me with the harsh reality